There is no U in Team

You know, a lot of people come up to me and ask, "Hey Ben, this Team Australia stuff - what's it all about?"

And to be honest, I find these people intrusive and presumptuous. But still, I attempt to answer their questions as best I can, because if there's one thing you know about Team Australia, it's that we try to help our teammates no matter how inadequate we find them as people.

Team Australia is, essentially, a state of mind, a philosophy that says, look, we're all on the same side here, let's work together to achieve our goals.

After all, we all love to feel like we're part of a team. Look at this happy fellas: 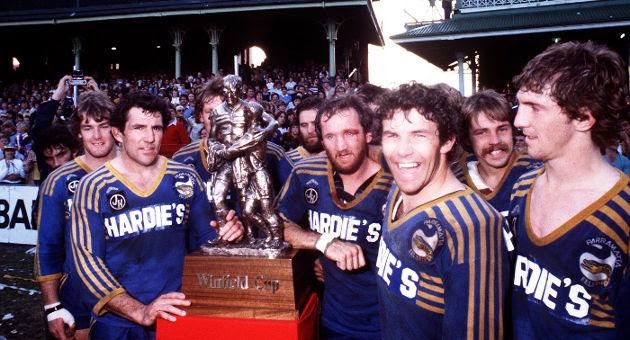 Yes, Team Australia is a lot like the 1982 Parramatta Eels. The government is Peter Sterling and Brett Kenny in the halves, controlling play, organising the team and orchestrating the big moves that produce results. The taxpayers of Australia are the forwards in the engine room, Ray Price and Geoff Bugden and of course good old Johnny Muggleton, doing the hard yards that are necessary if we're ever going to let our outside backs do their job: the outside backs in this case being mainly Cate Blanchett and Silverchair.

The point is that just like a great football team, Team Australia has all its disparate parts performing their designated function in pursuit of the same aim - a strong, prosperous nation. And that's the genius of Team Australia - it uses the powerful imagery of sport, something all Australians understand, to illustrate a point. No wonder Tony Abbott was a Rhodes scholar - that man sure knows a thing or two about using sports words to say things about things that aren't sport!

It's an effective technique. That's why the accessibility of sport permeates our public affairs nowadays. For example, the government is now moving to implement a "red card" system for hate preachers. Why red card? Why not just a "stop hate preachers" policy? Because red cards are sporting, and Aussies love sports! Admittedly red cards are more of a soccer thing, but let's be honest: it's the ones who like soccer we need to be keeping an eye on. 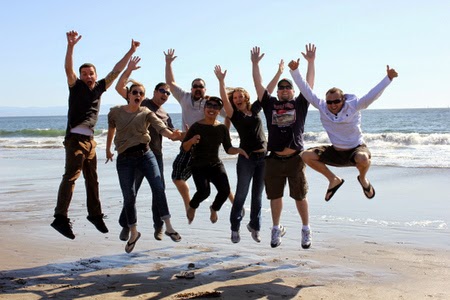 Of course not! Those guys are having a great time! Because being in a team is just fantastic. And we're all in the best team of all - Team Australia.

Naturally Team Australia requires vigilance. After all, if you're playing cricket you can't just sit idly by and let the batsman hit you for six. Team Australia is all about taking precautions. As a country of course we need to send fielders to the boundary to keep the run rate down. As a country we do have to, at times, bowl a dry line outside off stump. Sometimes we might even need to pitch it outside leg into the footmarks. That's just the nature of Team Australia - a responsible government must be prepared at times of crisis to come around the wicket. Ben Chifley knew this.

Because the fact is, being Team Australia is just as much about responsibilities as it is about rights. Sure, when you're on a great team like Team Australia you get to take the speccie in the goal square, but you also need to make the smother on centre wing, you need to punch from behind and get men around the stoppages. Some people think it's not important that, as citizens, we rush the odd behind, but those people probably don't understand the fundamentals of foreign policy.

You can't stop terrorism with this: 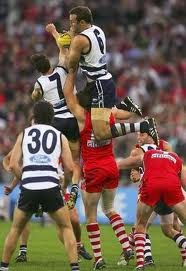 Sometimes you need this: 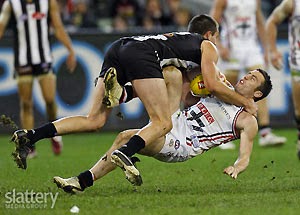 And that's what I tell those irritating people from the beginning of this article. I tell them, Team Australia is about security, about safety, about prosperity, about democracy, about freedom, about hard work, about togetherness, about patriotism and about justice.

But most of all, Team Australia is about creating a better future. I know that's hard to see sometimes, but maybe it'll be easier to understand if I put it like this:

When you're down six goals in the final quarter, sometimes it's necessary to roll the dice. You don't get over the advantage line by going sideways before you go forward, you need to make sure your scrum is solid before you start worrying about the corner posts. It's easy to get caught offside when you don't keep your eye on the ball, but the one thing we all know is true is, nobody ever scored a goal sitting on the bench. And it's by sitting on the bench that we miss our opportunity to jump the net. Hurdles are natural in life, but you can take the rebound more easily when you hit the training track hard and keep your shape. It's great to play your shots, but a sound forward defensive is the foundation of a flowing cover drive - getting the ball in the right areas is how you tempt the opposition into mistakes. And it's those mistakes that will keep this country out of the bunker, and in the onion bag, for many years to come.

That's what Team Australia means to me. So please: don't be terrorists OK? Because national security is a trophy we can all win. 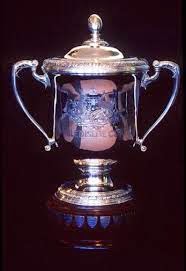 "Because national security is a trophy we can all win."

Unlike the trophy in the last picture...