Find out what YOUR week has in store, based on something to do with stars or planets or stuff!

ARIES: Wednesday holds many mysteries - wear something waterproof. A chance encounter with an old friend will leave your hand sticky and you not knowing why. At some point during this week you will collide with a cow. Don't overreact.


TAURUS: Your hair is too long and you must get it cut. You look like a damn scarecrow. Around lunchtime on Friday your mother will probably either die or kill someone. Don't try to stop her, she is a grown woman with the right to her own choices.


GEMINI: Just as your sign is the Twins, you will give birth to twins sometime tomorrow. This may come as a shock if you didn't know you were pregnant or if you were a man. But this isn't about you. Think of the children. On the weekend you will abandon them at a fire station. This may haunt you in later life, though I won't know for sure till next week's horoscope.


CANCER: You have eaten too much and will regret it. Your job is unsatisfying, but a ray of light emerges this week when your boss is impaled on a fence.


LEO: A trip to the movies may provide more than just entertainment when you are attacked by a tiger quoll. The facial reconstructive surgery goes badly and you live out a bitter, hate-filled existence in the shadows of your decrepit home. Be frugal with money; your lucky colour is green.


VIRGO: Your new job as editor of the motoring section of a major Sunday newspaper hits a snag when you lose the use of both your arms. On the upside, a strange man agrees to marry your father.


SCORPIO: You get some good news from home, which is immediately retracted. You deserve some pampering - why not visit a spa? There is a very good reason in fact why you shouldn't visit a spa, but it's a secret. Remember to thank the trustworthy people in your life for being trustworthy and to spit on the others. You may be accosted by a beggar mid-week. Bear in mind that nobody will even care if he is murdered.


SAGITTARIUS: Just as the shark must keep on swimming, or else he'll die, you must keep swimming, or that shark behind you will eat you. Stop reading this and swim.


CAPRICORN: If you are truly honest with yourself, you will admit that you are extremely racist. There is nothing to be ashamed of, but you should probably go away for a while.


AQUARIUS: Try not to walk under low-hanging branches, as the moon is in Venus and this indicates that monkey attacks will be a real problem. For those on the cusp there are many topical creams which can address the issue. Be kind to your parents this week, as they do not know the terrible news their doctor is hiding from them. Don't be kind to your grandparents though, as they are fervent supporters of fracking.


PISCES: Large, expensive dinners will catch up with you when you are arrested for stealing food, a common trait amongst Pisces. Avoid oily fish and books about the cultures of central Asia. If a woman you've never seen before offers you a tube of liquid cement, my advice is to take it. 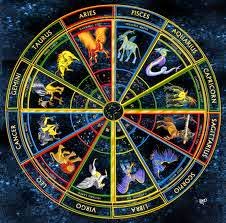 Oh please, please do these each week. Crying with laughter.