What should we make of Christopher Pyne? 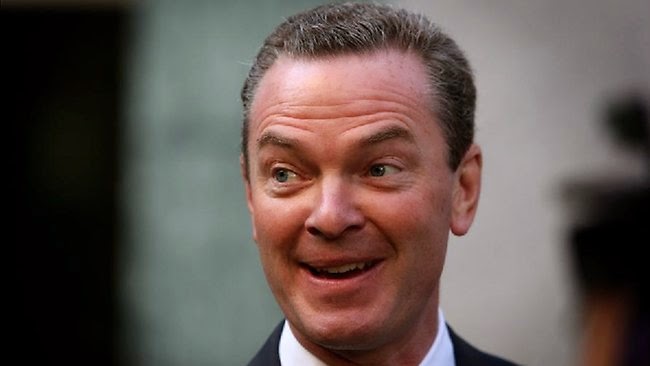 This week Australin politics farewelled a titan in Gough Whitlam. Many people voiced opinions on this, ranging from Prime Minister Abbott's opinion that Whitlam wasn't the best PM ever, to Julia Gillard's opinion that he was actually so great he was a lot like Julia Gillard, to every News Ltd columnist's opinion that he ruined everything for everyone and it's a good thing that finally his ring has been cast into the fires of Mount Doom.

But, Abbott's somewhat faint praise notwithstanding, most of the tributes from actual parliamentarians were quite complimentary and very respectful. Even Philip Ruddock said some pretty nice things about him, and Philip Ruddock dug his own soul out of himself with a rusty lino knife when he was eight.

But Pyne...well, Pyne made a jolly little speech in which he noted that when Whitlam was dismissed, his mother cried, and "I have to let you in on a secret, she was crying out of joy" 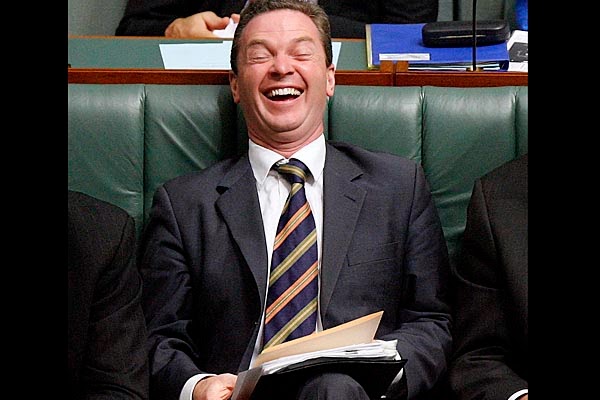 It was a delightful moment

Now, of course, that is an insight into the life of the young Pyne that opens up all sorts of questions. For example, does Christopher still watch Adventure Island, or now that he is in his forties does he prefer Mr Squiggle?

But it's not so much the substance that I want to dwell on: the fact that Christopher Pyne has been forced to spend his life coming up with a dazzling array of excuses to explain away the fact his mother was constantly crying whenever he was around is neither here nor there. What I want to examine is the psychology that caused our Honourable Education Minister to think to himself, "Hmm, Gough Whitlam is dead...this might be a good time to tell the country how much my family hated him".

What process produces these thoughts? Is there a process even taking place? 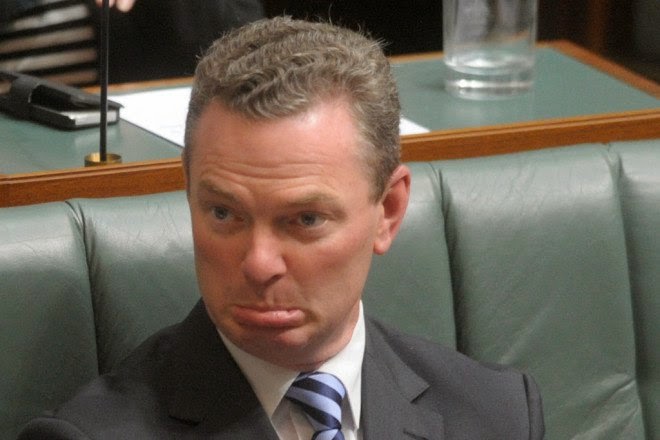 Evidence is so far inconclusive

The real problem is that Christopher Pyne, despite a respectable upbringing. an expensive education, and Amanda Vanstone cooking all his meals, seems to have developed a pathological need to be the most hated man in every room he is in. It's actually quite a rare psychological phenomenon: hyper-auto-repellence. In other words, he can only be satisfied by making others loathe him. Obviously this has been an advantage to him in his rise through the ranks of the Liberal Party, but at this point in his life is it becoming a liability?

It's not that I hate Christopher Pyne. I mean, I do, but that's not the important thing here. The important thing is that every word out of his mouth, every action he takes, every step in his life up to now, has seemed perfectly calculated to force me to hate him. And frankly, though I hate the man, I also worry about him. When a fellow is so desperate to be disliked that he stands in parliament to merrily spit in the face of the old man who just died, there is something quite concerning going on behind his smooth, shiny facade. 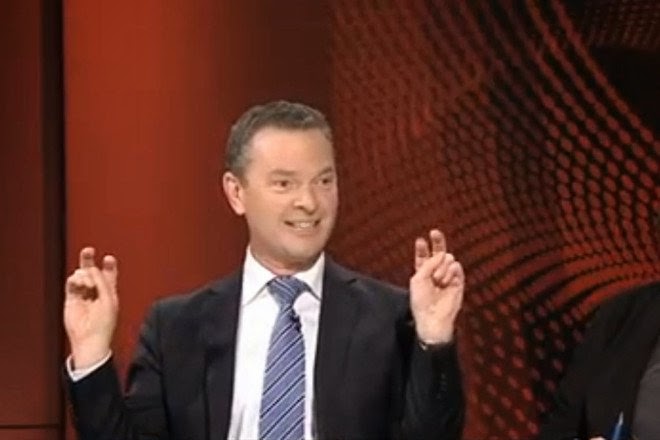 I don't know if Christopher reads this blog - no idea why he wouldn't - but if he does, I'm here to say: Christopher, I am no longer enabling you. I will write no more about how awful you are, now that I realise it's just feeding your addiction. Instead, I urge you: get help, Christopher. Don't be afraid to reach out.

You might think you can't be happy, Christopher, unless you're being hated. But believe me: you CAN. With a caring therapist and a good support system at home, you might even find a way to derive pleasure from being liked.

And I promise Christopher: when you do, we'll all be a lot more relaxed.

I'm leaving a comment just so you know how much I liked this article. Please write another one just as good very soon. But don't prioritise it to the detriment of your paid employment, obviously.

Much politer than I would have been

I'm Googling you, Ben as I write. You must have left a shadow on the cyberspace, I'll find it and when I do I'm going to share what I learn - to your eternal credit. Great blog Ben. Keep it up!

Thank you very much, Ben.