It has been a heated debate whether dickheads should be allowed to fly on planes. To be politically correct, I believe that if someone is, through genetics or upbringing, a dickhead, they deserve the right to travel like anyone else. However, the question is, when being a dickhead affects other passengers, how should transport authorities deal with the situation? It would be like policy to isolate a contagious passenger that could make other passengers sick. In this case, sitting next to a dickhead undoubtedly "affected" fellow passengers. Below is my letter to the airline:

Do you like riddles? I don't, but I thought it might me seem funnier to people on Twitter if I started this letter with one. What is more irritating than a mosquito, less irritating than a nuclear holocaust and is as fun to be around as a hyena's bowel obstruction? No idea? How about, what becomes sexually aroused by unhappiness and has the personality of zip-lock bag full of urine? Still nothing? Right, one more try. What's as annoying as fuck, constantly talks shit and should be forced to ride on the wing of a Jetstar flight? That's right, it's the man an unfortunate overweight fellow sat next to on my flight from Perth to Sydney yesterday.

Passengers were no doubt mentally high-fiving themselves on the excitement and adventure of affordable air travel as they boarded the plan, before being suddenly distracted by what appeared to be an adult human being located halfway down the aisle, but which turned out to be a sort of cross between a particularly spoilt two-year-old and a faulty smoke alarm.

Soon after taking their seats, the passengers caught what was to be the first of the man's many whines, possibly triggered by the fact that the man sitting next to him wasn't allowing him the breadth of personal space that his personality usually generated in his immediate vicinity, but also possibly triggered by the fact that the man can't achieve an erection unless someone else's life is being made harder than it has to be. Considering the kind of guy he is, I found it strange that none of the cabin crew punched him in the groin. To be fair, they may not have noticed him, because they had jobs to do, which also infuriated this knobtwizzler. Perhaps this photo will jog their memories: 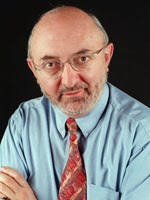 Although to be honest, probably not.

Bewildered by the refusal of the world to conform to his personal specifications, the insufferable cock-nostril stood up, scuttled to the back of the plane and started pestering the cabin crew to upset someone else's trip in order to cater to his individual comfort and constant gnawing desire to ruin people's day. I don't know the names of the three flight attendants, but for the purpose of this letter, I'll call them Normal Human 1, Normal Human 2, and Maintaining a Sense of Humour Despite Harassment By Human Garbage (MSHDHBHG). After his request, Normal Human 1 and Normal Human 2 continued their conversation, presumably about how they've got better things to do than mollycoddle petty little man-ferrets all day. He then asked if he could sit in one of the six vacant seats at the back of the aircraft, to which MSHDHBHG responded that they were for crew only. The fact that this bipedal cowpat failed to understand this pretty basic and clearly reasonable rule makes me think he may be suffering from some form of mental impairment.

He tried to relocate himself on his own, but unfortunately there was nobody on the plane operating on the specific frequency of whiny bullshit that he lives his life on, and so he had to suck it up and stay in his own seat like a normal person. He made his way back to his seat and spent the remainder of the flight thinking up dehumanising insults to use to describe the man sitting next to him in the nasty vindictive letter he planned to send upon landing so that he could fulfil his lifelong dream of getting other snivelling wads of rancid smegma like himself to tell him how hilarious he is on the internet. You could imagine his surprise when he saw both "crew-only" rows occupied by non-crew members. I can only assume the cabin crew decided to pull a bit of a prank in an attempt to make him feel as bad as he deserves to. Well, that's not quite true - another thing I can assume is that he's lying, because he seems the type.

Imagine going out for dinner and a movie, only to have your night ruined by a fat mess who eats half your meal then blocks 50% of the screen. Isn't that exactly the same as having someone who can't control their calorie intake occupying half your seat on a flight? Of course it isn't, that's why only the sort of congenitally obnoxious crotch-stain who actually thinks being forced to spend a few hours in close proximity to a fat person is the same as having someone steal your food would have the naked fuckfaced gall to demand a full refund for what would have to incorporate a flesh-eating virus to qualify as a first world problem.

But Jetstar, you sold this failed experiment in human-guano crossbreeding a ticket, so I'm looking to be compensated for the pain and suffering caused by having read the half-witted doggy bag of petulant foot-stamping and braying bigotry that the beetle-browed dicksnorter vomited up for the entertainment of his fellow drooling dickgoblins. My brain is in agony and I had to type this letter with a stick between my teeth because of the intense migraine I get whenever I think about this scrotum-faced little shitcrumpet and the crybaby corpse gas he emits onto the internet whenever he can't find a towel to wipe his penis on.

To discuss the thorny stick he jammed into his rectum just before writing to you, email him at [redacted], or tweet him at @RichWisken.