In today's Herald Sun, star columnist/pensioner Alan Howe, having just been informed that World War One is over, turns his attention to Australia's most recent military engagement, declaring that the Director of Military Prosecutions, Lyn McDade, who has charegd three soldiers in Afghanistan with manslaughter, "may well be the most dangerous woman in Australia."

Howe does note that the campaign against Brigadier McDade "is driven mostly by the puerile, angry and uneducated"; but on the other hand, much of the abuse "comes from big hearts". So that's all right then. When it comes to abuse and threats, it's the thought that counts. You see:

Brigadier McDade, 52, has spent her life in the law, which she knows very well. She has been a police prosecutor, deputy Northern Territory coroner and served as an army lawyer for many years.

But she has never been in a firefight with enemy determined to kill her, has never dragged back to camp a zipped-up body bag with a mate's limp, lifeless but still warm remains - and has never knocked on a suburban door to tell the occupants their son has been killed serving their country in some overseas hellhole. Like Afghanistan.

So we can all agree that her legal opinions are, essentially, worthless.

So anyway Howe goes on a bit about how disgraceful it is for Australian soldiers to be charged with anything and about how the Taliban are really, really bad people, so there's no way anyone fighting against them could ever do anything wrong, etc etc.

And then he identifies the crucial point:

They bashed Rockefeller to death. Schembri said he fought "like Muhammad Ali" as his uncountable blows hit Rockefeller "harder than he had hit anyone before".

Then they went to Bunnings and bought a chainsaw, disposable overalls, facemasks and a shovel, dismembered Rockefeller's body, cutting off the arms and legs and burning it all in a 44-gallon drum in a mate's backyard.

Are any of our soldiers in Afghanistan guilty of that?

Well, er...no. Not really. So Howe makes a very good point. NONE of our soldiers in Afghanistan are guilty of that, so Brigadier McDade's logic starts to look a bit ropey, doesn't it now?

On the other hand, should the military justice system be amended so that soldiers cannnot be prosecuted unless they beat to death a millionaire who has disappointed them by failing to bring his wife on an unannounced wife-swapping visit before dismembering him with a new chainsaw from Bunnings, it may just narrow the terms of reference for military courts to a rather extreme extent.

"And when the private threw the grenade into the maternity ward, did he at any time claim to have 'fought like Muhammad Ali' before burning the evidence in a 44-gallon drum?"

Incidentally, and so it is clear, these guys might NOT have done anything wrong, and hopefully when they're tried it turns out that they didn't - it sounds as if they may have a pretty good defence. I guess we'll see. But if they were just doing their jobs, so is Brigadier McDade, and despite her lack of combat experience, when it comes to decisions to prosecute I'll take the opinion of a military legal expert over that of an opinion columnist. Although perhaps Alan Howe can sway me by telling me how many firefights he's been in and how many doors he's knocked on, since that seems to be the way we determine whether someone's legal opinions are valid or not. 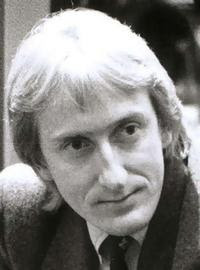 Alan Howe: Strongman of the Editorial Page
Posted by Ben Pobjie at 8:38 PM

Well worth to read this article, thanks for sharing this information. With this article you offered me got a chance to know about this, anyway i say Great Article! and waiting for you next article about this interesting subject.