"It's important for me to try to do as well as I can," says Matthew, finally having grasped the concept of competition. He is at Masterchef headquarters seeking immunity with Jessica and Jacqui. Shannon says today is the day an immunity pin is given away, but we have little evidence for the proposition that Shannon knows anything about anything.

Round One of the immunity challenge is about plating up, that delicate art that doesn't actually matter to anyone. Jessica considers plating up a strength, or in other words, she considers making food taste good a weakness.

"We're looking for a plate of food that we can eat with our eyes," says George, and knowing his table manners, he probably means it literally. The contestants only have four minutes, which is an incredibly short amount of time to put things on a plate.

Jessica is getting flustered because her beef is on the wrong side of the plate, proof of the terrible toll that pressure and a background in feng shui can take on the mind. With only a few seconds left, all three contestants are striving as hard as they can to put things on a plate. Disaster strikes Jacqui, who has put some things on a plate, but failed to put some other things on a plate. Shame rains upon her family like napalm.

The four minutes are up. George shows the contestants how he would have plated up. Rose finds this incredibly thrilling, but then she would. After this astonishingly dull interlude, which proves that yes indeed, George is capable of putting things on plates, the judges tell Jacqui that her plating is terrible and she should feel very bad about herself. Matthew's plating is outstanding, but he's forgotten the crispy onions, like some kind of idiot. The tension is unbearable: will Matthew do the honourable thing and hurl himself off a bridge, rather than letting his family live as pariahs forever more?

Yes! THE Nick Holloway! The Nick Holloway who made his name as a cooker of food for people, and who has made numerous meals that have been eaten in various places. Nick Holloway is one of those legendary chefs who are so famous that they actually pass through the barrier of fame and return to complete obscurity, which is why you've never heard of him.

Jessica must choose between small ingredients - quail eggs, baby carrots, human zygotes and so forth - or big ingredients, like ostrich eggs, rib-eye steak, and Matt Preston. Jessica chooses the small table, because her forte is leaving people unsatisfied.

Up on the balcony, all the female spectators are giggling coquettishly at Nick's witty quips and incongruously-coloured beard. Nick is definitely the most gusset-dampening guest chef of the season so far, and likely to remain so till Stephanie Alexander shows up.

Meanwhile Jessica is deconstructing her quail as an act of violence against notions of decency.

Nick is teaching the balcony about pairing up proteins with the things they would eat. Rose is learning a lot, but to be honest it seems a bit advanced for her. Nick is cooking his grapes on a spectrum, to demonstrate the life-cycle of a grape. He is educational as well as sexy.

Jessica is getting flustered, and with good reason - she's burnt her carrots, and the look of disappointment in Shannon's eyes could make strong men weep. She can get more carrots, but there are no more mandarins, and as any gourmand knows, a baby carrot without mandarin juice might as well be a decomposing mouse head. Luckily, Nick pops around in an act of classic self-sabotage and gives Jessica one of his mandarins. "This is what cooking is all about," he says, incorrectly.

Time is up. Jessica is happy. Nick knows he's put his heart and soul, and bits of his beard, into the dish.

The judges eat. Jessica's dish is delicious, despite having carrots and pumpkin in it. There is a certain amount of disagreement between Matt and his tiny friends, though - Mr Preston agrees it's a delicious dish, but believes it could theoretically have been better, had it not been for the Fall of Man.

Nick's dish comes out. Gary suggests it might be Jessica's dish, because producers have noticed that we all know the judges always know whose dish they're tasting. Nick's dish looks like a small basket of weeds, but apparently it tastes excellent - he's got the happy knack of not overpowering the quail, which is difficult when you consider how small and feeble quails are.

"Who's taken those teeny tiny ingredients to make the biggest impression?" says Gary, in a tribute to the skills of the Masterchef writing staff. He seems to think it was Jessica - he's given her ten out of ten, which I find difficult to believe. George scores her nine, which probably would've sounded more impressive if Gary hadn't already given her ten - he sounds kind of mean now. Matt also gives her nine out of ten - Jessica looks more and more like the Gough Whitlam of Masterchef. Not physically.

Twenty-eight out of thirty. Is it enough to win? Has Nick's focus on arousing the women on the balcony cost him?

No! Amazingly, Gary also gives Nick ten out of ten! Gary is so drunk! George gives him a nine. OH EM GEE it is so close! Does meaningless semi-competitive cooking get more tense? Matt gives Nick...

Ten! Oh dear Jessica has lost! It almost seems unfair given Nick doesn't really care one way or another, but on the other hand seeing Jessica's disappointment is extremely entertaining. So the real winner...is us. 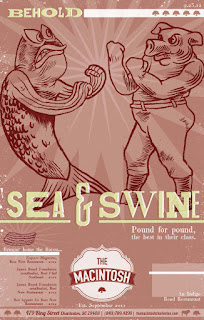 Thank you. I was feeling alone in my contempt.