Ashleigh screwed over "two of her closest friends", pitching her, Anna and Billie into a pressure test which the narrator tells us will "push them right to the edge", thus disappointingly spoiling the episode by revealing that they won't be going over the edge.

"We didn't think we'd see you three standing together in an elimination," says Gary, who has short term memory loss and so doesn't remember how they were put into this elimination just yesterday.

"You're not competing against the person next to you," says George, "you're competing to win this competition." Presumably Ten is running a phone-in contest to see who can correctly identify what this means. It's amazing that seven seasons in, Masterchef is still pushing itself to reach new heights of incomprehensibility.

We could spend hours pondering the question of how one competes to win a competition without competing against the other competitors in the competition, but no time, we have to move on to a man with a beard called Marcus Wareing who, in theory, we have heard of. He demands the three losers cook veal - "My Veal", he adds portentously, implying it was cut from his own body. The dish has all kinds of disgusting bits in it, so it's real haute cuisine.

The dish has three types of veal in it, but Billie is starting with the loin - I hear that's always the way with her. The key with cutting up veal is to cut off the bits you don't want and keep the bits you do want. Fascinating.

Meanwhile Ashleigh is struggling to butcher her meat, because she's unfortunately been given a piece of veal that isn't an ice-cream cake, so she's way out of her depth.

Marcus suggests they all step up the pace, in an unnecessarily rude way. Billie is already onto her kidney. "Removing the fat from the kidney is what cooking is all about!" Billie exclaims, because she is a psychopath. "What cooking is all about" for Billie also apparently involves "getting your hands dirty", which should raise some red flags for the state health inspector.

After a quick ad break featuring a family who contract diarrhoea while living in a disastrously all-white house, Anna explains the premise of the pressure test, and then realises she's been wasting her time banging away at the kidney fat when she only needed a small amount to sous vide or something I don't know all the stuff about kidneys and fat and sous vide is very boring and really not worth paying much attention to - it's just cooking crap. Slightly more interesting is a montage wherein Anna reveals that she is a student who likes to cook, information that really helps our understanding of why she goes around cooking all the time.

Marcus thinks Billie is doing the best of the three cooks, probably because he's been listening to the commentary.

Ashleigh has struggle with her confidence for as long as she can remember, a revelation which is illustrated by a photograph of her patting a kangaroo. Cooking has made her more confident, but her confidence has really been shaken today by the shock news that some foods aren't dessert.

"You've got this Anna," calls a liar from the balcony.

Billie is moving on to the tuile, which is a thin wafer placed on dishes to let the diner know that you're pretentious enough to add pointless garbage all over the plate.

Meanwhile Ashleigh is suffering a nervous breakdown, tipping a gallon of dishwater into a pot of pumpkin soup for reasons unknown. She's crying all over her tuile and getting them soggy. She's also crying in her to-camera pieces, so probably she's the one who loses.

"You're looking good, Ash!" calls a voice from the balcony, probably the voice of the liar from earlier. "You've got this, Ash!" several others shout, in cruelly satirical fashion. "You can do this," Marcus chimes in, joining the taunting. "All these people are rooting for you," he adds, which if true is really unfair on Billie and Anna, especially considering it's Ashleigh's fault they're here in the first place.

Anna has problems of her own though: she's overwhelmed by the size of her bench. Not Masterchef material surely.

Billie is flying - she's got her loin out of the brine and can therefore concentrate on cooking.

This is a good time to note that a veal kidney is a VERY unpleasant looking object.

Ashleigh is feeling slightly better because "it's nearly over" - suicidal ideation is a common consequence of Masterchef participation. "It's like she's a new person," Georgia says, obliquely hinting at substance abuse. Meanwhile Amy keeps asking Anna questions, having never heard the aphorism, "when on the Masterchef balcony, shut up you wanker". Sara is delivering culinary lectures as if she's some kind of expert, it's very distasteful.

With fifteen minutes to go, Anna doesn't have time to put her kidney in the oven, which is a common problem for modern women who try to "have it all". In contrast, Billie seems to have everything under control, so either Masterchef is playing a big joke on us, or it's going to be between Anna's poor time management and Ashleigh's disintegrating mind for the elimination.

Anna's kidney is completely undercooked. She can't serve raw kidney, but on the other hand she shouldn't serve kidney at all - nobody should. So maybe this challenge was like a trick question, where the winner is the person who realises there shouldn't be any kidney in it.

Anna has burnt her crackling due to focusing too much on her raw kidney. Ironic, in a way. In another way, not ironic at all.

Time is nearly up and Billie is forced to plate up without a glaze, like some kind of prehistoric cave beast. Meanwhile Ashleigh's hope has disappeared, but she can take heart from the fact Anna is a complete mess.

Ashleigh has taken her onions too far. They refuse to talk to her. Anna has left it too late to do her nectarines properly. This is a really messed-up dish, isn't it.

Time is up. Anna and Ashleigh both sob over how terrible they are at cooking gross stuff. Billie smiles serenely over how great she is.

In the judging room, Marcus says all three women have been really courageous, demonstrating his low standards. Billie serves her veal first, and cries for no particular reason. Especially when it turns out her dish is delicious - the judges haven't tasted the other two but you can tell they already think they're crap.

"Is that one of the hardest days you've ever had?" George asks Anna. Objection! Leading the witness. He questions Anna about her education and about why she'd cry over a stupid plate of food. It's because food is the only thing that makes her happy. This sounds like some kind of disorder, but the judges seem to think it's quite a good thing.

Anna's dish doesn't look like Marcus's, but it doesn't disrespect it either, according to George, who doesn't know how to do words.

"Do you still doubt yourself?" Matt asks Ashleigh, just before illustrating why she is right to. Marcus has never seen a cook dig as deep as Ashleigh did today, probably because all the cooks he work with are capable of staying calm under pressure and are competent enough to not need to "dig deep" to create something edible.

Judging time. "Masterchef is a unique and liberating experience," says Gary, which is a bit weird. He may have been drinking. He talks for a while about limits and pushing and dreams and stuff, basically trying his best to get all three women to cry some more.

In a complete reversal from George's earlier assertion that they weren't competing against each other, someone now has to be eliminated. Anna failed to produce as many net litres of tears as Ashleigh, so she has to leave. She cries heavily, but it's a bit late now - she should have cried in the kitchen.

As Anna leaves, all the other contestants also cry, because as always they are under the impression that losing contestants are murdered outside the kitchen. On the contrary though, Anna is, we are told, concentrating on her passion for food writing, and "staging pop-up dining events"; which could be a good thing, or could just mean she's breaking into people's houses and throwing stew on them. 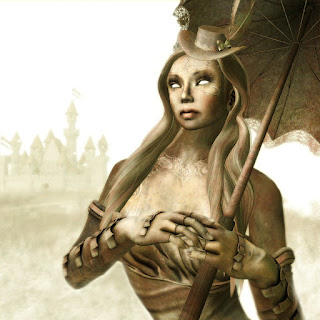 Anna reacts emotionally to her elimination