Why I Am Not Supporting Movember

Last year I did Movember. I grew a big stupid moustache, and I raised a bit of money, and it was all good. 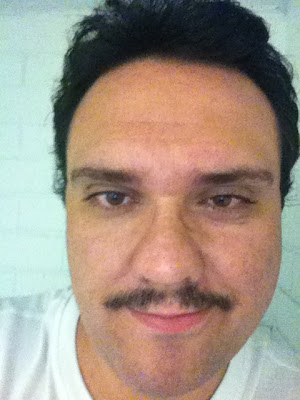 
But this year, when Movember rolled around, I decided I would not be doing it again.

This is not because I have any problem with the aims of Movember, or how they try to achieve them. I haven't, in the last year, decided it's all a bunch of crap and not worth bothering with.

But one of the main beneficiaries of Movember is Beyond Blue, the depression initiative. And while I've been a supporter of Beyond Blue in the past, I cannot continue that support, because they continue to retain Jeff Kennett as the organisation's chairman and public face.

Through his support for poker machines and his opposition to reforms aimed at fighting gambling addiction, through his hurtful and bigoted public statements denigrating gay parents, and equating homosexuality to paedophilia, Kennett has aligned himself on the side of those contributing to depression, not fighting it.

This is not to say Beyond Blue does not do good work, or is worthy of no support as an organisation. But I can't take them seriously as a depression initiative while Jeff Kennett is their figurehead, and the only way things will change is if a message is sent that the current situation is unacceptable.

So that's why I'm not supporting Movember, and most importantly why I'm publicly stating my opposition and the reasons for it. Movember is a great idea, and I hope to be able to support it again in future. But I can't in good conscience give support to the raising of funds for an organisation that I believe is militating http://www.blogger.com/img/blank.gifagainst its own goals by keeping as its most visible public spokesman a man who frankly doesn't seem particularly serious about actually working for the good of depression sufferers.

Having said that, I am not railing against those who do choose to support Movember. That's their decision, and they are motivated by a genuine desire to support the cause of men's health, and I can't criticise that.

But I do believe we would all be better served by diverting our support to other worthy charities that also do good work, without necessarily achieving Beyond Blue's profile.

You can support Fauxvember, an alternative charity set up basically for the same reasons I've outlined here, which is also committed to men's health issues.

You can support the Black Dog Institute, which does really good work in the fields of depression and mental health.

Then there's Lifeline, which is on the frontline of crisis support and suicide prevention, and is literally a lifesaver for a lot of people.

And of course the other side of Movember is its support for the Prostate Cancer Foundation of Australia, so why not go donate to them directly?

There's loads of other organisations dedicated to raising awareness of and improving men's health, and if you want to get behind the issue, there's lots of places you can go. I have no interest in preventing support for the people tackling these problems: but I do think a change has to come. Beyond Blue can't be taken seriously with Jeff Kennett at the top - please, give him that gentle nudge.
Posted by Ben Pobjie at 1:02 AM

Thanks for the blog Ben. When I was in my early 20s Kennett as Premier fired my psychologist & turned local community centres into support for physical health issues. My psychologist told me that the Kennett government considered all mental health initiatives to be 'soft options' and refused to fund or support them.

I've loathed him ever since then, and always had doubts about his association with Beyond Blue. I believed he was atoning for his sins committed while in government. I also don't believe a word or action he says.

For me to take Beyond Blue seriously (which I never have, never used them as a resource & never donated to them) Kennett needs to be replaced with someone who truly understand depression & isn't just trying to 'look good'.

Totally respect your decision and reasoning. I've had similar reservations about Kennett's role in beyondblue. And I truly admire your willingness to stand up for what you believe.

G'day all, I initially had little regard or respect for Jeff Kennett, however I now fully support his beliefs and attitudes regarding gay rights and allied subjects.

It is my heartfelt belief that good morals of the 'traditional old fashioned kind' no longer exist in Australian society or in Western society generally, since the arrival of p.c. thinking, so I personally admire anyone who stand up for and supports the 'older ways'.

I think our society is much the worse for the end of good morals! Good on ya, Jeff!