One for the Ladies

On International Women's Day, I think it's important that we share some really great news about women, and how it's now become easier than ever to judge them purely on their physical appearance in a nice, polite way.

The Daily Telegraph brings us the feelgood story of the year, the news that women will no longer be compared to fruit, but instead to dead painters.

I mean, if you're a woman - and if you are, I just want to say, WELL DONE, you're a real trooper - you know what it's like to be called a pear, or an apple, or a banana, or a nectarine. It's humiliating. But what's the alternative? Just call women fat ugly hogs? Well, yes, that would solve everyone's problems, but you know, feminism, am I right?

So it's good that underwear brand Triumph (underwear companies: nature's philanthropists) has stepped up to provide an elegant solution that will fix everything: name body shapes after painters!

You see, throughout history women have been facing the same problem: how to get others to use nicer words when assigning them categories based on how fat they are. Finally their prayers have been answered!

Here is a quick guide to the new categories, as designated by the International Society For The Designation Of Nicknames For Body Shapes, which as you know is the body which legislates for body shape labels and metes out punishments to those who use the wrong ones:

"Pear-shaped" is now to be known as "Botticelli"

"Hourglass" is now to be known as "Rembrandt"

"Well-proportioned and carrying weight around the middle" (i.e. "Apple", or "gooseberry") is now "Rubens" - Rubens painted chubby chicks, so this will be good for their self-esteem.

The "Raphael" body shape is the one men like, with the little waist and big boobs - what used to be known as the "Jessica Rabbit" or the "cherry tomato".

The "da Vinci" is the one that's all flat and skinny.

The "Matisse" is the one where you're slightly uncomfortable being photographed in your underwear.

The "Pollock" is the body shape of women who have recently had a tin of paint poured over their heads.

The "Picasso" is the body shape of women who have been cursed by gypsies.

The "Whiteley" is for women who are addicted to heroin.

The "Van Gogh" is for women shaped like mental patients.

The "Dali" is for melted women.

The "Michaelangelo" is the shape of men who are dressed as women.

And of course the "Ken Done" is for women shaped like prostitutes.

You'll get an idea of how it works from the picture below, which is of a "Pro Hart": 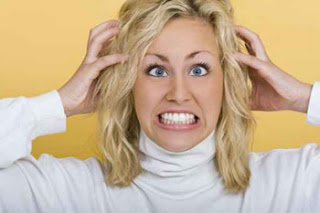 Isn't it great? With these labels, women now have the CONVENIENCE of knowing exactly what box they are in, with the RELIEF of people only implying their physical flaws rather than spelling them out explicitly!

This is known as the "Feminist Ideal", and it's appropriate on this IWD 2011 that we celebrate, finally, the end of sexism.

So I'm guessing Jackson Pollock is reserved for ladies who've had semen recently tipped on them?

I think you missed a futher opportunity to catergorise shapes of women by determining the artistic period from wihc the shape was derived...

It's hard to tell if that chick pictured is really a "Pro Hart" - we need to see her tits, if we're going to categorise her properly.