This post was inspired by a tweet I happened to tweet not that long ago. Many people wonder, just what is wrong with the Liberals? I think I have the answer.

The answer is this: they are bad people.

That is, they are bad at being people. They try hard, but they lack the essential skillset for being a human being. It's not really their fault: it's a lack of basic training. It's a little bit embarrassing watching them trying to be people, really: they come to it with such gusto, but they fumble and stumble and flail about and make a total hash of the job. It's hard to watch, isn't it? It reminds me of the time I tried to swim the 50-metre breaststroke at my school swimming carnival. At least I had the good sense to get out of the pool at the halfway mark, after everyone else had finished and I'd spent 25 metres bumping into the lane ropes. Unfortunately these Liberals and their supporters, they just keep bumping into the lane ropes, hoping against hope they'll get the hang of it. It's sad, really.

So please, don't be too hard on them. Don't judge them or harangue them, don't curse their barren ethical sensibilities, their shattered moral compasses, or weaselly little faces. Be kind, show some understanding, and make a generous donation to the Association For The Advancement Of People Skills For Liberals, which raises money to provide training programs so that Liberals can learn to be human beings like the rest of us. Without urgent action, the future is going to look like this:

PLEASE! Take action now! Give till it hurts. Because it's going to anyway. 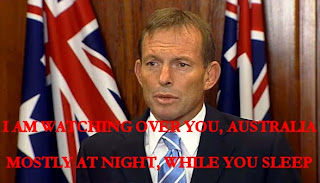 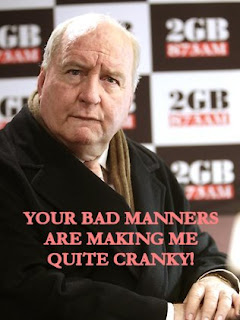 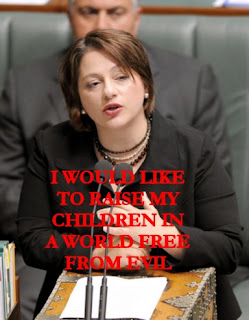 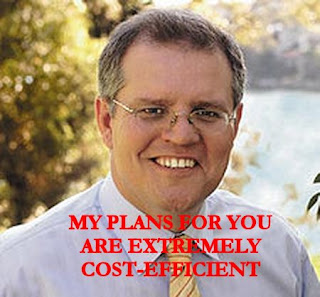 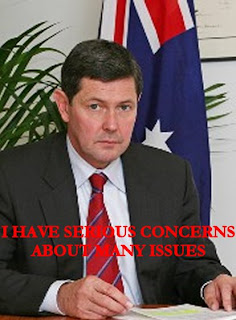 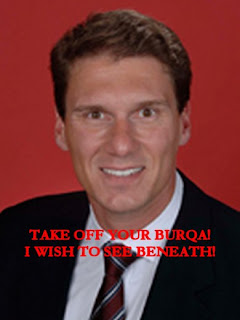 They try hard, but they lack the essential skillset for being a human being.

From time to time I suspect the difference between the Libs and Labor is this: both are insane. But the Libs know it.

They are bad people who wear too much purple

I don't even know who that woman is. How embarassing for her. I'm sure she thought it was awesome when she was practicing at home in front of the mirror.

I still don't know who she is.