WHEN WILL THEY LEARN?

Terrifying news has reached me: British travel firm Miles Morgan Travel are planning a cruise to commemorate the voyage of the Titanic, on the 100th anniversary of the original trip and following the same route. 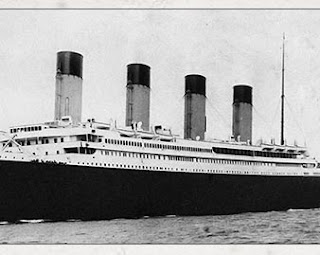 Let me repeat: on the 100th anniversary of the infamous trip that claimed over 1000 lives, following the same route that led to utter catastrophe, Miles Morgan Travel will be sending out their ship the MS Balmoral. There is only one way ro respond to this news: