I Bet You're Feeling Pretty Low Right About Now

In today's edition of the Herald Sun, it is revealed that Australians (defined in the Macquarie Dictionary as "people who respond to online Herald Sun polls) do not believe Tiger Woods's expression of contrition.

Tiger is reportedly shattered by this news: 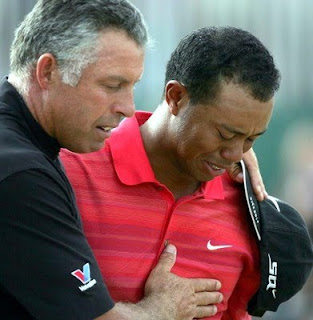 The Herald Sun also reports, in its "What the professionals said" section (in which professional people who are professional at something say things) that breakfast radio co-host Brigitte "Brig" Duclos thinks that "All the sex therapy in the world wouldn't allow me to trust Tiger again."

Because how can Tiger pick up the pieces without Brig's trust? How can he try to rebuild his relationship with this complete stranger if she does not trust him anymore. From now on, whenever he is playing golf on the other side of the world, or sitting in his house nowhere near Brigitte Duclos, or going out to a function that has no connection to Brigitte Duclos at all, she will have this gnawing doubt..."what's he up to?" she will think. "Is he doing something that is none of my business? Who can tell with a cad like he's been?"

And that's the real tragedy. From now on, there's only one man for Brig. 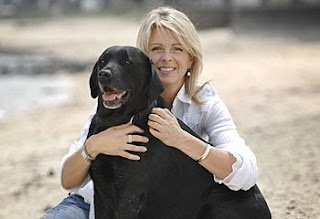 That's incredible. We had the same article in our Sunday Times, even though it's a completely different paper

And yet, after all the adultery and lies and car crashes, golf remains the most boring sport on the planet. How can this be?

Cricket then lawn bowls. Is darts a sport?