Our prime minister, Tony Abbott, sure is a piece of work. Sometimes the things he says are so outrageous it's hard to tell whether they're really quotes from the elected leader of our nation, or from a far-fetched fictional movie character.

That's how we came up with the idea for this quiz. How many of these quotes you can correctly attribute to their source: Prime Minister Tony Abbott, or feisty proto-feminist icon and heroine of Canadian literature Anne "Of Green Gables" Shirley? The results may surprise you!


WHO SAID IT: TONY ABBOTT OR ANNE SHIRLEY? 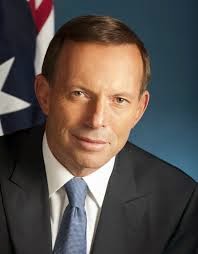 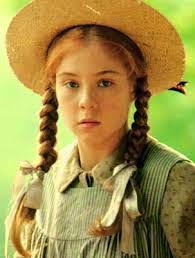 1. "Most of the people who are coming to Australia by boat have pass through several countries on the way, and if they simply wanted asylum they could have claimed that in any of the countries through which they'd passed."

2. "We just can't stop people being homeless if that's their choice."

3. "Would you please call me Cordelia?"

5. "You know something, Diana? We are rich. We have sixteen years to our credit, and we both have wonderful imaginations. We should be happy as queens."

6. "I think your Gilbert is awfully bold to wink at a strange girl."

7. "I would not want to see any relaxation of the law prohibiting human cloning."

8. "Once people come to Australia, they join the team."

9. "The smart way to improve broadband is not to junk the existing network but to make the most of it. It's to let a competitive market deliver the speeds that people need at an affordable price with government improving infrastructure in the areas where market competition won't deliver it."

13. "I think that marriage is, dare I say it, between a man and a woman, hopefully for life and there are all sorts of other relationships which should be acknowledged and recognised, but I don't know that they can be recognised as marriage."

14. "Mrs Hammond told me that God made my hair red on purpose and I've never cared for Him since."

15. "Whyalla will be wiped off the map by Julia Gillard's carbon tax."

16. "I don't see any need in being civil to someone who chooses to associate with the likes of Josie Pye."

17. "I also think that if you want to put a price on carbon, why not just do it with a simple tax?"

18. "Why isn't the fact that 100,000 women choose to end their pregnancies regarded as a national tragedy approaching the scale, say, of Aboriginal life expectancy being 20 years less than that of the general community?"

19. Well, again Kerry, I know politicians are gonna be judged on everything they say, but sometimes, in the heat of discussion, you go a little bit further than you would if it was an absolutely calm, considered, prepared, scripted remark, which is one of the reasons why the statements that need to be taken absolutely as gospel truth is those carefully prepared scripted remarks."

Haha! Almost unbelievable how similar they are, isn't it? How did YOU do sorting fact from fiction?
Posted by Ben Pobjie at 6:40 AM