A lot of people ask me, "Ben what is to be done about the carbon tax?" I often express surprise that they are asking me this, since I never told them my name and they were supposedly at the door just to deliver a package. But I recognise my civic duties and thus I do my best to answer.

The short answer of course is: nothing is to be done. It is a fait accompli: Juliar "Julia" Gillard and her mob of baying leftist tree-kangaroos have put the tax in place and we will just have to deal with it until such time as Tony Abbott, limbs flailing, double dissolutions us all to a better place, which may be in 2014 or 2015 depending on El Nino.

And obviously it is a problem, as already reports are filtering through that prices are skyrocketing like directionless petrels on the back of the carbon price. In some places bread is up 36 percent, and it also tastes worse because to cut costs bakers have had to put ground-up pine cones in the dough. Are you happy now, Steve Gibbons MP?

A short list of things that are now unaffordable:

Life as we know it is over and so we must live a life as we did not know it but know it now unlike before. Confused? Not nearly confused enough, as Aragorn might say. But the carbon tax is not all fantasy novels and wordplay. It has real-life consequences for real-life Australians.

Take the case of Terrigal's Jean-Marie Hofspeck, who came home from work last Tuesday to find her prize-winning Pomeranians had been slaughtered and her eldest son was now a rabbi. The shock was enough to cause her to immediately build an in-ground swimming pool in her backyard. Perhaps the Australian Labor "Party" sees fit to wash its hands of responsibility for this, but we battlers know better. Do we not? Or is it?

What is a carbon tax anyway? Many people think it is a tax on carbon. But actually it is a tax on carbon dioxide, a colourless odourless weightless childless jobless gas which makes all life on earth possible. Fifty-eight percent of the human body is made up of carbon dioxide, and birds use it to grow wings. Scientists standing near the CSIRO estimate that a 20% reduction in global carbon dioxide levels will kill us all instantly. A dire warning indeed, and yet Julia "Vaginoplasty" Gillard sees fit to take this risk, simply to satisfy those to whom left-wing principles and Aboriginal land rights are more important than the air we breathe and steel refineries.

But what can you do to survive the carbon tax? First of all, hold your breath. Hold it...hold it...only let it out when you feel you're about to die. If you make sure every breath you take lasts this long you can cut your oxygen bills by 67% and have more money to buy solar panels, which will cut your electricity bills by 45% so you have more money to pay off your gambling debts which Labor wants to deny you the right to amass because of its nanny state agenda.

How will the carbon tax affect your everyday life? It will of course destroy it. In fact the legislation specifically mandates that life is no longer worth living. Political correctness gone mad? It seems so. 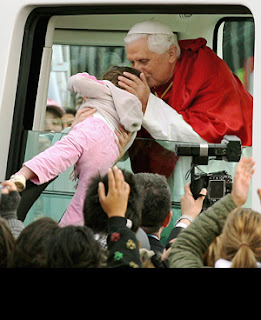 Thank you for your time.
Posted by Ben Pobjie at 7:27 PM

has abbott had a penis enlargement

I'm mystified by the fact that this post has been up here for 2 days now and doesn't seem to have attraced a barrage of comment from folk falling over themselves to use the phrase "artsyleftieABCluvvielattesippingextremeradicalgreenswhoallwantustoliveincavesinthedarkandhateGodselfservingsocalledscientistswiththeirsnoutsgluedtothepublicteatnotasinglepredictionverifiedbyempiricalobservationwhere'syourhockysticknowhaha".

Once upon a time this site had a reputation as the leading voice of scientific rigour on all matters. Perhaps that reputation has faded and no-one is using it as a reference on matters related to global warming or particle physics anymore?

Oh, and because this is one of the few places you can say it: "cunt".

Have a lovely day, wherever and whoever you are.

my balls are itchy

Most amusing Ben. Good to see you back to form!

In our household we have made adjustments for the 400% increase in our living costs.
Luckily we have two sheep and two dogs.
What we have done is hook them up to the outriggers of our hills hoist.
Dog/sheep/dog/sheep
The centre of the close line mast has two 12 volt alternators hooked in series to charge car batteries.One of these is wired back to a small electric fence unit.A tiny part of the power is bled off via a printed circuit(details secret)
It is wired in such a way so as to have 4 'zap' wires hinged and dangling down and just touching the rumps of each animal, if they stop moving forward(the sheep are shorn).
I have relays which allow each line to cut in and out.
This is a prototype.
I hope to get several units up and running(up to 10 HHoists) and use stolen/borrowed dogs and sheep to feed power back into the grid and make some cash.
By the way, all the animals wear blinkers and the sheep have a small extra bit taped on so they can't directly see the dog in front.
I will also experiment with 3 sheep one dog,but I have to get an animal psychologist or sheep whisperer,first, so I get a 'leader' (alpha baa lamb) for the sheep up front.Even then I have to deal with the fact that this 'leader may actual feel like he is at the back,so I may also have to employ drugs.I guess if I used 'goey' etc I could get more usable volts as well.
If this system fails i may have to eat the dogs and the sheep.

Hmmm I wonder if I could use 3 male dogs and one bitch on heat?

I prefer to use refugees and green activists for my electricity generation requirements. All you need is a sound proof basement and you are sorted. It helps if you are good at making hidden doors like that Fritz dude but as long as you don't invite people over you should be cool. When one of them gets tired and start whinging he (or she) becomes lunch for the week for the rest of them. Good KPI

Ben, shame on you! it's called a 'carbon price'.

Everyday life will not be destroyed by the carbon tax.

Fact that you state this proves your lack of knowledge on the subject and your stupidity.

It's because of people like you, Australians fear the worst. People like you that encourage the defamation of our current government and hard decisions they are making.

In spite of slander and constant critism they continue down the path they see fit for our country. And whilst on the journey they deserve our respect.

If people like you keep this attitude up. Name calling, insults, disgusting encouragement of false and incorrect mass communications lead by our media... I really fear for our country!!!!

Abbot is an arrogant spiteful man with no intention of leading our country to a better place. It took him months to admit global warming is an issue. I'd like to know how he looks himself and the australian public in the face. He does not have our nations best interest at heart. Only his own, hoping to be PM for one reason.... that $$$$ paycheck.