We'll Only Have Ourselves To Blame

From the letters page of the Townsville Bulletin, a chilling warning that we would do well to heed, from Patriot Felix Scerri:


PRIME Minister Gillard wants Australians to freely express their true opinions regarding boat arriving asylum seekers without fear of the usual applied "labels" and I applaud her comments and sentiments and her apparent support of free speech. Simplifying things, I ’ll vote for anyone who will stop these people arriving, and secondly, send all past illegal boat arrivals back to their places of origin.

I feel that the majority of these people are not true asylum seekers. I believe that the real truth is somewhat more sinister and indeed dangerous.

Increasingly, I believe that these continuous boat arrivals are part of an ongoing and deliberate slow and silent invasion of our nation aimed primarily at fundamentally changing the basic make-up of Australian society to one where people of the Islamic faith are a major part.

Indeed around the world in recent years we have all seen the results in countries where a large infiltration of people of Islamic faith has been achieved, and Australia is heading down the same path, it would seem.

The ugly events surrounding the Cronulla riots some years ago show very clearly what we can expect from these asylum seekers of the Islamic faith once their numbers reach a certain threshold in the population.

While Islam is one of the world ’s great religions with aspects which I somewhat admire, sadly in the "real world" Islamic extremism has become associated with some unfortunate, violent and destructive realities, and with very good reason.

I was frankly shocked while watching the 7.3O Report on ABC TV the other night and Kerry O ’Brien detailed the large and accelerating numbers of "asylum seekers" who have easily reached Australian shores without any impediment at all in recent years.

As I watched with my family I asked them if these arrivals met the definition of an "invasion".

Everybody said 'yes'. I honestly hope that my fears are completely unfounded, however after very considerable thought on the subject, this is the only conclusion that I can come to. I think we should all be very concerned and worried.

The government, clearly, has some very serious questions to answer:

1. Why do you keep letting in people who want to fundamentally change the basic make-up of Australian society?

2. When are you going to put up some impediments around our shores?

3. Why do you insist on making policy without any meaningful consultation with the Scerri family of Ingham?

Someday we will regret ignoring Felix's warning. Someday we will look back and realise: he knew it was an invasion, his family were unanimous on it, yet we were deaf, and now our basic make-up is changed and there's nothing we can do about it.

Don't say he didn't warn you. 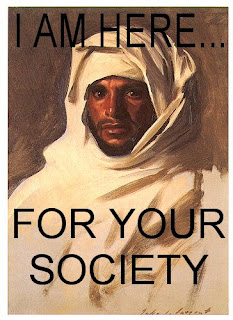 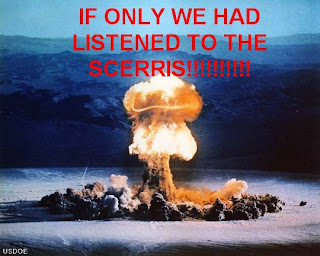 Isn't Scerri an Italian immigrant name? And considering there is a whole extended family of Scerri's infiltrated into Australia society I suspect Felix may know a little more about this invasion plan than he is saying.

I asked my pet rock the same question: "Is this an invasion?". It said yes, the Scerri family did too, so we MUST be under invasion.

I'm really frightened. Now how will I sleep knowing that the 5,000 strong Muslim army is coming to invade our country of 20 million.

When are you going to put up some impediments around our shores?

Quick! Someone get Christo on the phone, we need pink fabric and lots of it

G'day all, I found this blog by sheer accident, and I'm the Felix Scerri who wrote the letter and I am very serious in regard to the comments I made in my letter to the newspaper.

My family hails from the Island of Malta and both my parents are Maltese. My father was born in Australia and my mother was born in Malta. They are both proud Australian citizens as I am. I was born here in Ingham.

I am a proud Australian and I love the Australia that I grew up with. Australian society now is changing, and not for the better in my opinion. I believe in peace, harmony and 'old fashioned' (sexual)'moral' behaviour as it used to exist. I have no illusions about the complexity of modern life but the 'trends' I see concern me greatly.

Hi Felix! What a great comment! Now you're ready to go to the dictionary and look up "invasion". Report back on what you find.