Spencer Tunick is a photographer. Through his photography he seeks to reveal truths about the universe and the human condition. His camera is his means of making sense of the world, and communicating this sense to his audience, who are made wiser and more insightful as a result.

For example, Tunick has managed to encapsulate modern man's struggle with aspiration of status while simultaneously looking for a sense of the spiritual. He has done this by taking a photograph of a bunch of nude people: 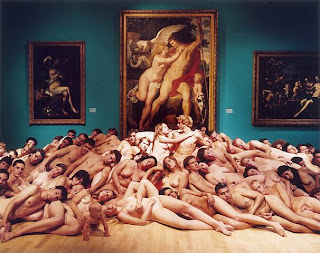 Alternately, he has also examined human history, showing how the mistakes of the past are seemingly constantly repeated, but that progress can be and is made, however incrementally and painfully it is done. He skilfully portrays this via the means of a photograph of a bunch of nude people: 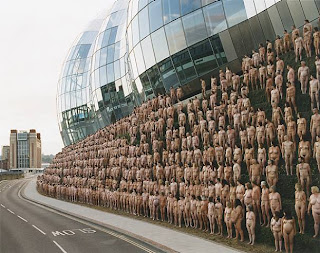 Feeling the need to explore new horizons, Tunick turned his attention to the future, and made a non-judgmental, achingly poetic exploration of how technology both shapes and is shaped by its users, and whether increased connectivity is worth the concomitant loss of deeper human feeling. This exploration was cunningly ande evocatively couched in terms of a photograph of a bunch of nude people: 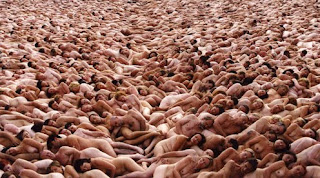 The insights of Tunick on what it means to be human are almost endless. There is his comment on religious intolerance: 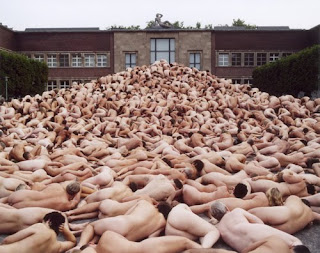 His summation of the immigration debate: 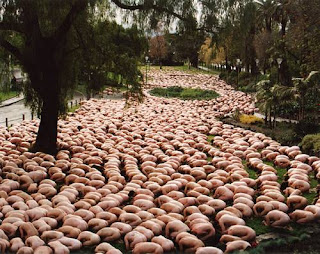 His opinion on the politicisation of climate change: 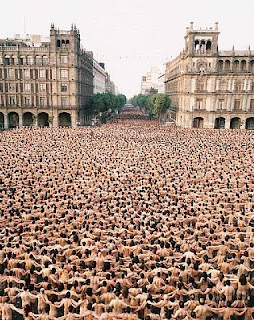 His thesis on tax reform: 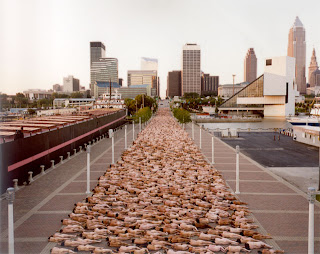 And of course his scathing critique of the current system of banking regulation, with almost pithy comment on the urgent need for structural change to the International Monetary Fund's mechanism for providing aid to debt-stricken developing nations:


So, to sum up, Spencer Tunick is what might be called a true artist, a visionary who sees far so that we not have to, and he is no way a creepy middle-aged man obsessed with looking at nude people, or deserving of mocking phrases like "Spencer...for Christ's sake, get over it, man."
Posted by Ben Pobjie at 3:10 AM

You are a genius. Every time. And I adore you

All right then. Cheers for that, mysterious Asian person.