MKR Recap: The Choux On The Other Foot

Tonight, Redemption Round continues to redeem contestants, although not literally. Or figuratively. After Nev and Kell achieved a score of 71 and demonstrated their own low standards by reacting as if this was good, it's time for Sarah and Monique, who you might remember as the policewomen who were on the show in the first instant restaurant round back in the late 70s.

Voiceover Man tells us that Monique and Sarah are "out to prove that cops can cook", because apparently we all assumed they couldn't. You know how people are always going around talking in hushed whispers about how bad at cooking the police are? Remember all those old comedy sketches - we thought them hilarious at the time - about police officers making food badly?

For entree, they're making pea and ham soup, so it seems like they've already given up. At the supermarket the ladies make a joke about the term "calling for backup". It seems to go down well, so they make it another twenty times.

Main is rabbit pie. Manu is looking forward to it, being under the impression it is going to be made by someone good. Pete warns that "you don't want a dry pie", but really we don't need to know about his personal life.

The cops get home and Axel F starts playing, because they're cops. They did this the first time Monique and Sarah cooked and it was tired and annoying then. Sarah begins shelling the peas by hand, which is an astonishing waste of everyone's time. Monique is kneading dough. She says "there is nothing from a packet in this dish" but she is lying: the flour was from a packet. Just goes to show you can't trust cops.

It is now time to de-bone the rabbit, which is not as much fun as it sounds. Frankly there's a lot of cooking stuff going on at this stage of the episode and it's extremely boring. If there's anything worse than watching people cook on TV, I've not heard of it. My Kitchen Rules has yet to figure out that its strength lies in ignoring cooking almost completely.

Anyway, the cops are saying they're out to show that "cops are ordinary people", but I bet it won't work. Not after the Wood Royal Commission.

Here come the other teams, walking down the street, awkwardly reading their scripted lines and speculating on how long it will take Lauren to say something bitchy. Alex and Gareth are making police jokes, and they are very very bad police jokes. "Do we have to commit a crime to get fed tonight?" What the hell does that even mean? Lauren joins in with, "I hope we don't get prison food", which is even stupider because Sarah and Monique are police officers, not prison guards. If the guests can't even get the demarcation of duties in the justice system right, they don't deserve food, frankly.

The judges arrive to the strains of The Cruel Sea's "Better Get A Lawyer", because the show's music editor is getting fired tomorrow and is trying to bring everyone down with him. Lauren reveals that both she and Carmine are aroused by Manu's hair and we all vomit in our mouths.

The menu is written in invisible ink, requiring special lights to read, as a reference to the fact that - wait for it - Sarah and Monique are cops, and also to the fact that traditionally cops like to make simple tasks difficult to people.

Entree is served, and the table erupts with outrage at the fact that the pea and ham soup is more of a puree than a soup, because the table is occupied by people who care about that sort of thing. "I'm already angry and I haven't even tasted it," says Lisa. Well that just makes you an idiot, Lisa.

Pete is unimpressed by entree. He struggles to find any of that "beautiful pea flavour", having overlooked the fact that peas don't have a beautiful flavour, they taste like peas. Manu thinks the soup has been destroyed by blitzing it, which is Monique's mistake: she assumed that since everyone at the table has the mental age of a small child, they'd want some baby food.

The pea and ham soup, which is actually pumpkin soup, but isn't actually a soup anyway, is deeply disappointing. Luckily, there is some redemption in the fact that Paige is sexually attracted to the bread roll. Lauren claims she could've made a better pea and ham soup, but this is untrue, as is the claim that Lauren can do anything better than anyone.

In the kitchen there is trouble, as the cops have driven recklessly into Problematic Pastry Valley, where many an aspiring pastry-maker has come a cropper in the past. In the dining room, it's been 90 minutes since entree and the diners are going delirious with hunger. Paige thinks she's a train robber. Kell claims that she is in a police station. Everyone is writing hallucinatory confessions in invisible ink. Dancing around a pig's head is imminent. Meanwhile in the kitchen Monique and Sarah have no idea what's going on and there's no room in the oven for the chips.

The cops are in a panic, not realising that they have guns and can easily gain high scores via threats of violence. The guests are becoming impatient. Lauren makes her dissatisfaction known by waving her hands bizarrely in the air. The guests discuss the fact that they want their pies to be completely enclosed, because that is a thought that has just naturally occurred to them and was no way fed to them by producers in the knowledge that the pies are pot pies.

Main is served, in an atmosphere of dread and oppression. "It's not a pie!" Lauren screams in the studio, and pretty hypocritically - she's not much of a pie herself.

Pete notes that the cops could've gone the simple route, but they pushed themselves, illustrating an important life lesson: never push yourself. But in a shock twist, he loves the pie-which-is-not-really-a-pie. The guests like it a lot less. Rosie has found a bone. "I've got a little bone too," says Nev, misunderstanding what the conversation is about. Nobody can understand why Monique and Sarah have placed a small circle of pastry on top of pie filling a bowl. Lauren can't stop waggling her hands around.

In fact, although the guests are disappointed with the food, their hatred of Lauren might be overcoming that. Paige notes that "if there was grass, and a snake in it..." and doesn't finish her thought. I think she's saying she wants Lauren to be bitten by a snake. And so say all of us.

Meanwhile in the kitchen we are told that "cops never give up", although modern-day policy on high speed chases seems to be contraindicative of this. Monique and Sarah are filling their profiteroles.

Back in the dining room Nev is saying "duck's nuts", while Lauren waves her arms like a muppet and Lisa attempts to subtly make clear just how much she wants to bring Manu to climax.

Dessert is served. The only criticism that Manu has is that the custard wasn't cooked long enough, and that Lisa is more aggressive than he would like in a woman. Pete loves the dessert, but it should yet again be made clear that Pete is an insane paleo person and doesn't actually know what desserts should taste like.

The guests eat, and Carmine and Lauren whisper bitchy comments to each other, as is the routine on these occasions. Everyone enjoys the profiteroles, except Lauren, who waves her hands and says a bunch of stupid crap and claims her custard is better the Monique and Sarah's custard and in general just refuses to shut her mouth.

Scoring time, and the guests are not kind to the cops, even though they know if they give low scores they'll probably have some crack planted on them pretty soon. From the guest teams Monique and Sarah get only 22, or a "Double Dee", as it's known in the MKR business.

The judges are a little more generous because they know what they're talking about, and Monique and Sarah end up with 62, which is a terrible score but probably better than at least two of the pathetically inept teams still to cook.

Next, Hazel and Lisa, who will cook something that Lauren will bitch about. 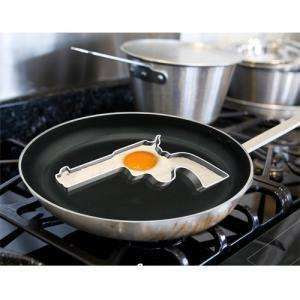 Monique and Sarah take their police-themed evening too far

"I've got a little bone too" says Nev,not understanding what the conversation is about" - I have tears pouring down my face, this is too funny x