A lot of people these days are on Twitter. And a lot of those people who are on Twitter can get very passionate about things. These people mostly look like this: 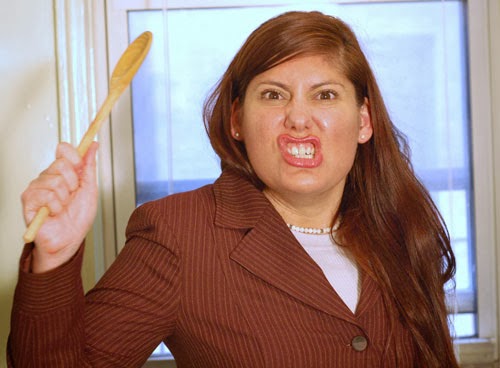 One of the things they get passionate bout is being blocked. For those of you who aren't on Twitter because you're on some kind of reality show where you're only allowed to use technology from the 17th century or something, being "blocked" means another Twitter user has decided that they wish not to see what you tweet, to not allow you to see what they tweet, and to, in a general sense, cut off communications between your account and theirs.

Blocking can be very upsetting, obviously. It's never nice to be told you're not wanted, and so I understand perfectly when people arc up and get snitty about being blocked. I understand why they say things like "Oh I was blocked by Ben Pobjie - turns out he's too precious to take criticism" or "Ben Pobjie claims to support free speech yet he blocks me #irony". They don't say these things just because they're cretins - they say them because they are in a state of high emotion that makes them act like cretins.

What they want, most of all, is to know why. It's agony to be blocked on Twitter and have no idea of the reason - it turns one's whole life into a desert of shifting sands. Certainty vanishes and all is a fog of mistrust and anxiety. I appreciate this.

This is why I have decided to lay out, here and now, my Blocking Policy.

That's right, all my Twitter blocking is done according to a strict charter, which governs my blocking activity. Once you know what this consists of, I'm sure you'll have a much better understanding of why I blocked you, or why I'm about to.

My Blocking Policy is a five-point policy. Every single block I engage in is done for one or more of these five points, which are, and I can't stress this enough, the ONLY reasons I ever block anyone.

So, you know, if you've been blocked by me, it was because:

4. Talking, in terms of the two of us, has become undesirable to me.

5. What I want is to do things which aren't talking to you or being talked to by you.

And yet here I can insult you anonymously as many times as I like, you sad leftist-light suck.

I mean, I can insult you as many times as I like, even though it really drives home what an insecure anonymous chicken-shit I am. Ba ha! This brings momentary satisfaction to the rotting emptiness of my unfulfilled life! Take that, Ben! Suck is a noun!

Insults from idiots and fuckwits are a badge of honour, Pobjie.

The more they insult you the better you are at getting to them.

The problem with Anonymous (hard to spell sometimes). Is the offender with the insulting comment with a dim memory of the night before, cannot with any real surety known the comment is his, I mean hers, I mean theirs. Wasn't there a Shakespeare movie with that title, there you go! The big hurdle is the prove your not a robot thing. That causes all sorts of hilarity, dancing in the study like a robot, etc.