Women - what even are they?

This week we will be celebrating another International Women's Day, which raises some very profound and troubling questions about the world we live in.

Now, don't get me wrong - I love women. My mother is a woman. My wife is a woman. My grandfather was a woman, and he fought under the Australian flag at Gallipoli for the rights of women everywhere to disguise themselves as men and attack strangers at the Dawn Service.
My beef is not with women - indeed I would consider it the height of rudeness to even have my beef anywhere near women. "Keep your beef to yourself," was the advice my mother gave to me, and as I mentioned, she was totally a woman, so there you go.

No, I have no issue with women, but here's the thing: where is the International Men's Day? It's all very well to say that women deserve an international day, even though they've already got so many advantages like abortions and vajazzling and those bras on TV that fit really well. I freely admit that women have problems that need to be dealt with - I read Sam Brett and I'm fully aware that your average women not only has to negotiate the pitfalls of modern dating, but also the inevitable headaches that come with confusing feminism and also waxing - but shouldn't we also recognise that men have problems?

Because believe me, men have a LOT of problems. Men have so many problems that they shouldn't even call us men, they should call us "Problemistas". Or "Problembots". Or "Captain Problem". I could go on, but you'd probably get bored - that's one of the problems with being a man: people get bored by you.

Other problems of being a man include:

1. People always want you to reach high shelves for you, but sometimes you have a sore arm and it hurts.

2. Other men laugh at you because you don't know how to change tyres.

3. You have to have a penis which looks stupid.

5. Underpants can be uncomfortable.

6. People keep trying to make you go into sheds and make things with wood.

7. Women are always making you look at their breasts, even when you don't want to.

8. You are responsible for all the wars and genocides in history which is a bummer.

9. Sometimes you think you might be gay but you're not sure.

10. You have to shave all the time and sometimes you cut yourself which really hurts and makes blood come and then you faint and people think you're a girl.

And that's only a few of the problems: there are literally some more. Which goes to show that being a man in today's modern fast-paced supercharged globalised online modern world is not as easy as it seems from up in your ivory tower. When do men get their chance at a bit of happiness?

So, why no International Men's Day? Because it's a stupid idea? Perhaps, but then, who is the more foolish: the fool, or the fool who lives in the fool's granny flat? I think my point is well made. It is time that men were recognised for the enormous contribution they probably make to society and for the immense hardships they have to face particularly with regard to the prostate region. It is time for International Men's Day!

Follow me, my brothers, and we need never feel scared or uncomfortable or vaguely unnerved by social progress again! 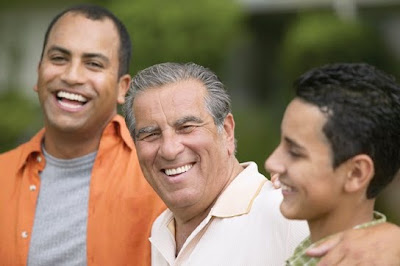 Cherchez la Femme returns for 2012 with a one-off extravag-anza to celebrate International Women’s Day in true femmo style. We’ll save the serious panel business for next time because I’ve lined up my all-time dream-team of singers, dancers, actors, musicians, poets, comics, thinkers and performers to hit the Grace Darling bandroom, show us their love of the ladies and tell us why being a feminist matters to them. I can scarcely contain myself as I announce the line-up here:

As in so many things, I can't tell if I'm being trolled. Nevertheless:

19 November bro - be there. You might be the only one, though, because as a dude I can tell you it's kind of hard to be in a room with other dudes talking about what it's really, really like being a dude.

Amen my brother, especially #5. Enough with the Ahh Bra, where are the Ahh Jocks (with obligatory 30min infomercial on 4ME)?

6. People keep trying to make you go into sheds and make things with wood.

I know, right? The Baron tried to get me to saw down a tree in the backyard on the weekend and I was a bit grumpy about it at first. But then I actually tried it and it was great. Destroying things is always fun! And when the thing being destroyed is a precious fragment of our natural environment, it fills you with an almost deliriously delicious sensation of evil! Men, you can get right into this stuff!

Tim: I know, I know. I just turned mderation off, because I felt it just wasn't me, you know?

David: D'oh! You mean I could have just GOOGLED it? Man...this whole blog post seems like a bit of a waste of time now, really.

He usually had to make tracks out of the kitchen at that point . . .